Everything in the Universe is made from one type of thread.
All workings of the Universe are result from said thread.

"Flux Particle Theory... How to make the most universe with the least amount of material"

Abstract:
Every first year Chemistry student learns of the proton to electron orbital ratio (how an atom is mostly empty space). But if you asked the same student what a three dimensional object is they would undoubtedly say a solid. To me this is just flat out wrong (nothing is solid).
If we look back in history, there was a point in time when everyone thought the Earth was the center of the universe and the Sun revolved around it. Even the educated people of the day wouldn't have had any doubt to the validity of this concept, based on the fact that you can actually see the Sun rise and set (supposedly orbit) around the Earth on any given day.
Extremely accurate measurements of the Suns orbit could have also been taken. Leading the whole scientific community to believe they have proved something to ten or twelve decimal places. Not only falsely confirming the theory, but also inadvertently giving a fundamentally incorrect foundation for others to build upon. That's an extremely important point. Even though all the egg-heads concur on something... they can see it, measure it, derive a math formula about it, they are all backwards and thereby wrong.
Therefore, even though everyone thinks something works in a certain way and can actually see it with their own two eyes, there is still an allowance for something happening in a completely different manner. And there is always an easier explanation or a different way to explain something. There can even be a completely new math based on particle lengths. It doesn't mean everything else is incorrect, it means this can also be correct.

A great scientist once said the Grand Unified Field might be a geometric problem, that's exactly what this solution is. A single consistent theory that explains all observations. And this theory is a description what is really going on, "underneath it all."

"Unless a theory has a simple underlying picture that the layman can understand, the theory is probably worthless." -- AE 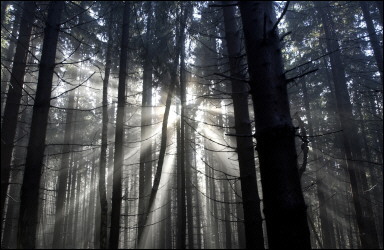